Switching times in a Diode

In practical diode the accumulation of charge carriers in Forward bias and minority charge carriers in reverse bias do not allow the semiconductor diode to make abrupt ON to OFF and OFF to ON transitions.As the transitions in biasing states make the diode cannot respond immediately to sudden changes in the applied voltage.

Storage and transition times of a diode 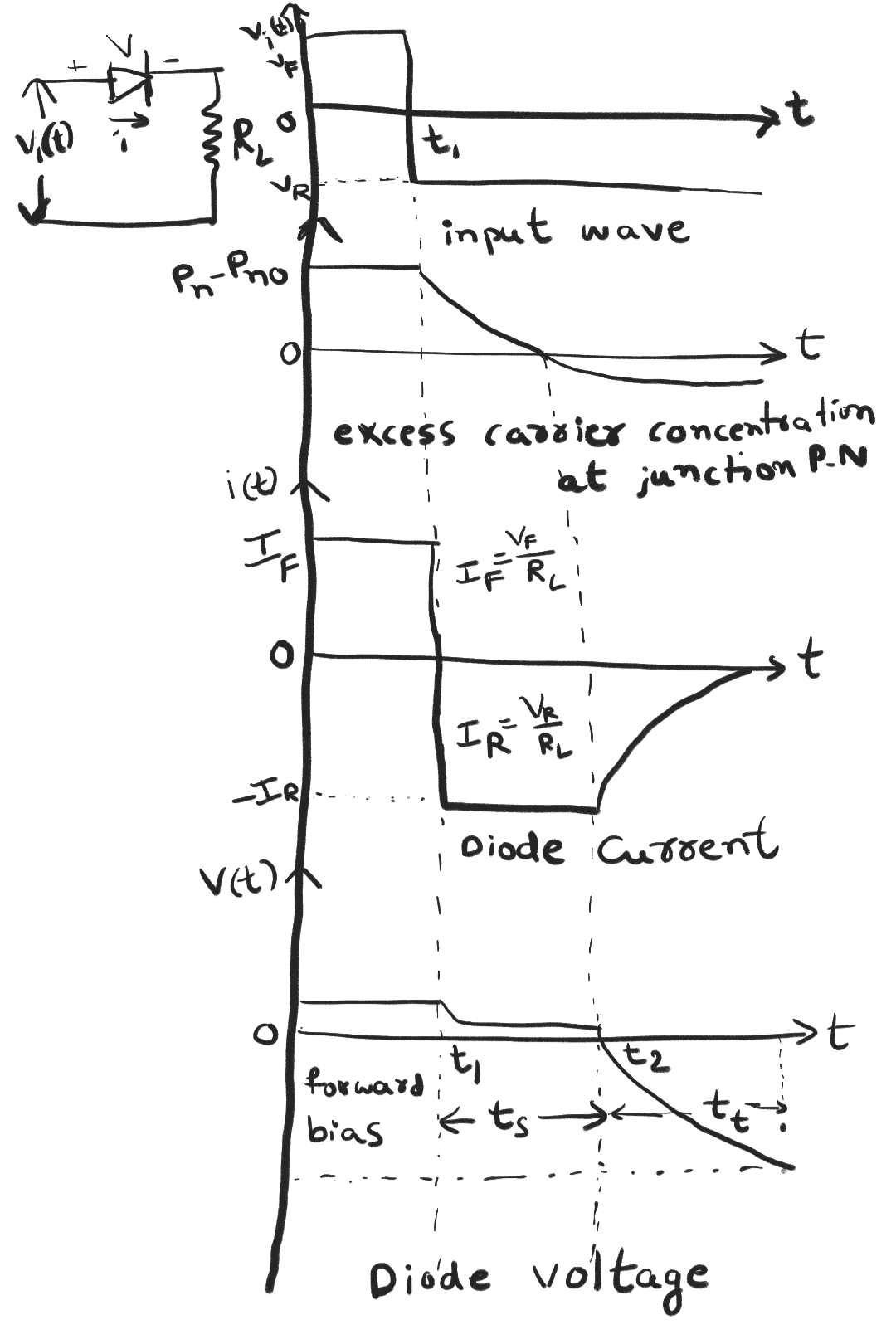 Forward Recovery Time:The time requierd to the diode recover  from forward bias steady state to reverse bisa and vice versa.It is denoted by tfr .Generally this time is negligible.It will not show much impact on switching speed of diode.

Reverse Recovery Time: It is the time taken by the diode to recover from ON state to OFF state.It is denoted by trr .It limits the switching speed of the diode.It is in the range of fraction of nanoseconds to microseconds.

From the bove shown figure the input applied voltage VF makes turn ON diode, the voltage across the diode Vcutin and forward current flows through the diode IF .The charge carrier concentration at the junction is pn-pn0 or np-np0.

But the applied voltage changes from VF to VR ,the output will not change abruptly, the current goes from IF to IR =VR/RL .Ideally it should be zero.This happens due to minority charge carries concentration at the junction.

The diode requires some time to reduce minority charge carriers at junction to zero.This is called strage time of a diode.

Storage Time(ts): It is the time interval needed for the stored minority carriers concentration to reach their thermal equilbrium values as required in steady state reverse -bias condions.

After the lapse of the storage time, the stored minority carriers diminishes at the junction.Then the diode voltage and current reverse their polarities.

Transition Time (ttt): The time taken by the diode voltage and diode current exponentially reach their steady state values -VR and I0  respectively.

UNIT - I Short Question and Answers

Switching times in a Diode

Diode as a Switch