To study the input and output characteristics of a transistor in Common Base Configuration. View from side of pins View from top of casing

The basic circuit diagram for studying input characteristics is shown in the circuit diagram. The input is applied between emitter and base, the output is taken between collector and base. Here base of the transistor is common to both input and output and hence the name is Common Base Configuration.

Input characteristics are obtained between the input current and input voltage at constant output voltage. It is plotted between VEE and IE at constant VCB in CB configuration.

Output characteristics are obtained between the output voltage and output current at constant input current. It is plotted between VCB and IC at constant IE in CB configuration.

The h-parameters are to be calculated from the following formulae:

Input and Output characteristics of a Transistor in Common Base Configuration are studied.

The h-parameters for a transistor in CB configuration are:

Outcomes: Students are able to

Ans: A transistor is a semiconductor device used to amplify and switch electronic signals and electrical power. It is composed of semiconductor material with at least three terminals for connection to an external circuit. The term transistor was coined by John R. Pierce as a portmanteau of the term "transfer resistor".

2. Write the relation between

(alpha)? What is the range of

Ans: The important parameter is the common-base current gain,

. The common-base current gain is approximately the gain of current from emitter to collector in the forward-active region. This ratio usually has a value close to unity; between 0.98 and 0.998.

is less than unity?

Ans: It is less than unity due to recombination of charge carriers as they cross the base region.

6. What is carrier lifetime?

Ans: It is the average time taken by the carrier to recombine with minority carrier. which decides the ON state of transistor.

7. What is the importance of Fermi level?

Ans: Fermi level is the measure of the energy of least tightly held electrons within a solid. It is important in determining the thermal and electrical properties of solids.

8. Can the  junction less transistors be realized?

Ans:The doping level of Emitter(E) terminal is greater than Base(B) and collector(C) and base is lightly doped among the all.

11. Draw the input and output characteristics of the transistor in CB configuration? 13. What are the applications of CB configuration?

14. What are the input and output impedances of CB configuration?

Ans: In CB configuration when reverse bias voltage VCB increases, the width of depletion region also increases , which reduces the electrical base width. This effect is called as Early effect. 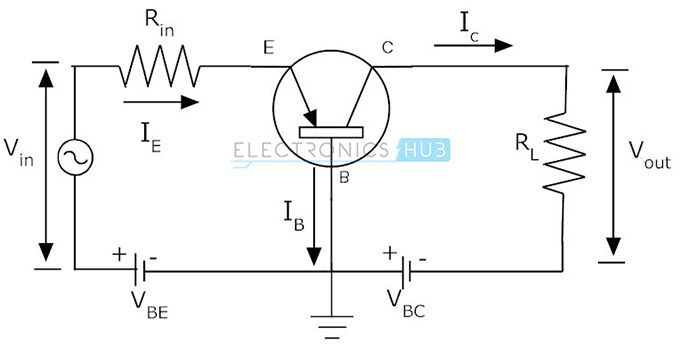 17. What is the power gain of CB configuration?

Ans:Power gain of CB is =(VEBIE/VCBIC) (.i.e ratio of input power to the output power).